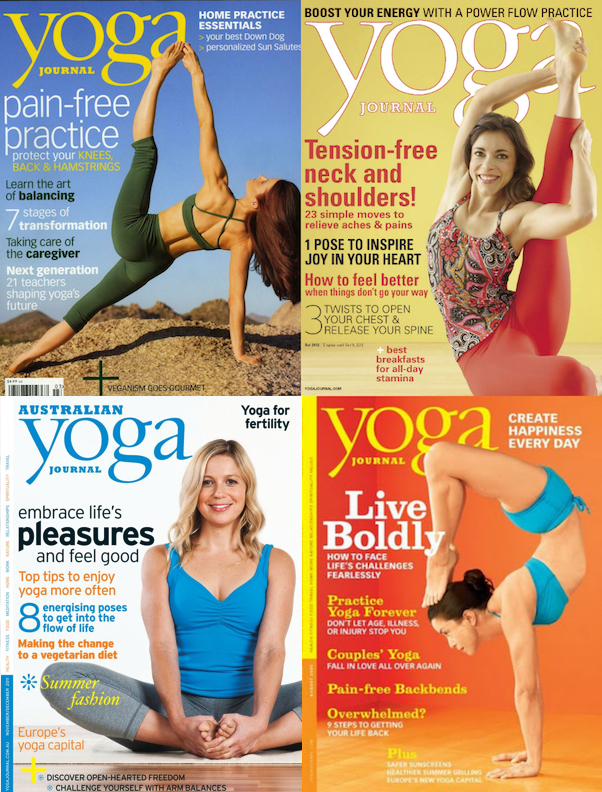 According to their website, Yoga Journal identifies as “the #1 authority on yoga and the yoga lifestyle” and “Yoga Journal’s mission is to meet readers wherever they are on the mat and offer the latest updates from the yogasphere, while honoring the traditions and authenticity of this powerful, 5,000 year old practice.”

Note for following images: The only content modification has been a replacement of the background images. The displayed text also exists on the original covers, although on occasion some lines have been omitted.

Sādhvī smoking cannabis. It was not, nor is it not, uncommon for Indian yoga practitioners to use cannabis, in different forms, as aids to yoga practice. 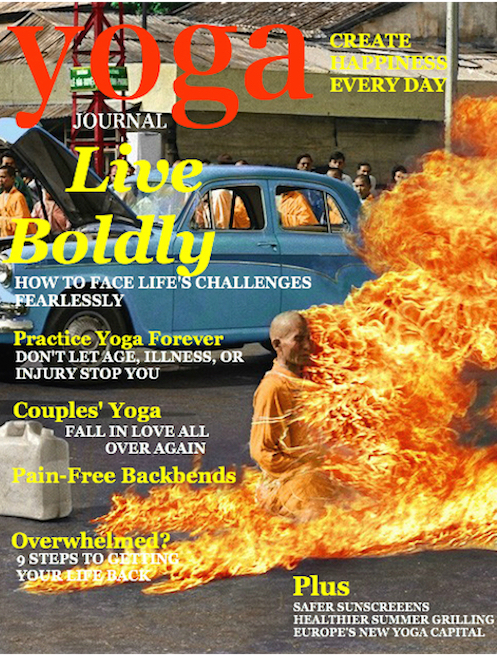 Thich Quang Duc, a Vietnamese Mahāyāna Buddhist monk, self-immolates while meditating on June 11, 1963, in protest of the persecution of Buddhist monks in South Vietnam.

Two participants at the Thailand Vegetarian Festival, itself of Chinese origin and with some connection to the Indian Thaipusam festival. Body mortification is prevalent in Indian yogas. 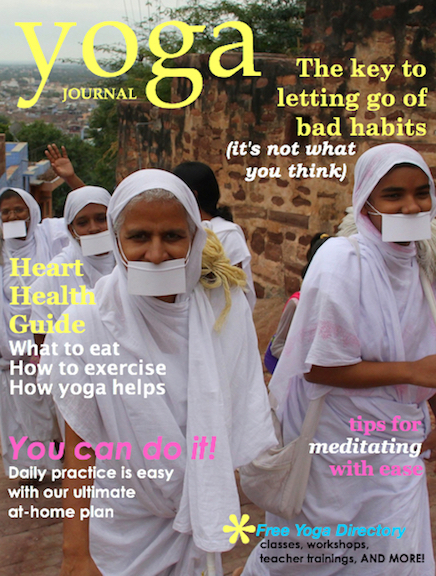 Śvetāmbara Jain nuns, devoted to the principle of non-harming (ahiṃsā), wear cloth mouth guards and carry brooms to avoid ingesting and stepping on small sentient beings such as insects.

Sādhu at the Kumbha Mela, a massive gathering of Hindu ascetics, demonstrating a very particular form of yogic accomplishment.

This site uses Akismet to reduce spam. Learn how your comment data is processed.